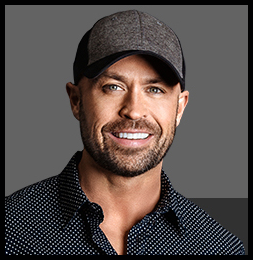 As the host and executive producer of CMT After MidNite with Cody Alan, Alan is undoubtedly one of the most recognized names in radio.  Broadcast on radio stations across America and originating from the CMT studio in Nashville, his shows feature the biggest names in country music and entertainment.  He also brings fans unprecedented access to all things current in country music and entertainment in an environment that's genuine, unpredictable and fun.  With live interaction, Alan connects fans with their favorite stars, from the red carpet to backstage.  Combining his passion for entertainment with television, he also serves as host of CMT’s signature music show, Hot 20 Countdown, seen Saturday and Sunday mornings at 9:00/8:00c. He’s also a fixture at the industry’s biggest events and awards shows, and he co-hosts CMT’s annual red carpet special live from the CMT Music Awards.

When not on radio or TV, Cody loves working out, running, watching reality shows, superhero movies, listening to all kinds of music, relaxing in the mountains, eating Mexican food and spending time with family and friends. Follow him on Twitter @CMTCody or visit www.AfterMidNite.com.